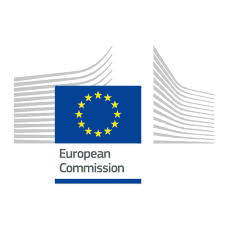 Performers (actors, dancers, musicians…) in Europe stand united to express their disappointment today with respect to the very limited ambitions of the European Commission’s proposal for a Directive on “Copyright in the Digital Single Market”. Regretfully, articles 14-16 in TITLE IV, chapter 3 of the proposed Directive on “fair remuneration in contracts of authors and performers” do not properly address performers’ legitimate expectations regarding their remuneration for the distribution of their performances online.

Xavier Blanc, Secretary General of AEPO-ARTIS, partner of the FAIR INTERNET coalition said: “This is a lost opportunity for the European Commission to make a real difference for performers and to act in conformity with its official commitments. Regrettably, the Commission is not listening to the legitimate demands of the 500,000 European performers represented by the FAIR INTERNET coalition”.

Benoît Machuel, General Secretary of the International Federation of Musicians (FIM), said: “For the vast majority of performers, a mechanism to rebalance unfair contracts is simply not enough. What we need is a right for all performers to be paid each time a performance is used online on iTunes, Netflix or Spotify”.

A modernised, digital single market deserves better than marginal adjustments. Performers are at the root of creation. Depriving them of legitimate revenues cannot be an option.

Indeed, the transparency and contract adjustment mechanisms set out in articles 14-16 largely ignore the needs of the vast majority of performers. Today, a single fee for all uses and in all territories is what most of them receive after the signature of their contract. Only a very small minority receives royalties, which generally are low and non-transparent. Obviously, the references to a “significant contribution”, an “administrative burden [that] would be disproportionate to the revenues generated” or an “agreed remuneration disproportionately low compared to the subsequent revenues”, despite their staggering ambiguity, are primarily meant to provide for lead performers.

Even for the small minority of artists who could be eligible to benefit from articles 14-16, provided that the ambiguities in the text could be properly addressed, the proposed mechanism remains quite weak in its current wording, as it relies to a large extent on interpretation and national transposition. More generally, it is based on the wrong assumption that contractual remunerations are fair by default, leaving performers with the burden of proof and the obligation to go through complicated, long, costly and uncertain procedures in order to try and redress an imbalanced situation.

The FAIR INTERNET coalition calls once again on the European Parliament and the Council to ensure that performers receive a fair share of online revenues, through an unwaivable remuneration right for digital uses of their work, collected from users who make the performances available on demand and subject to mandatory collective management.